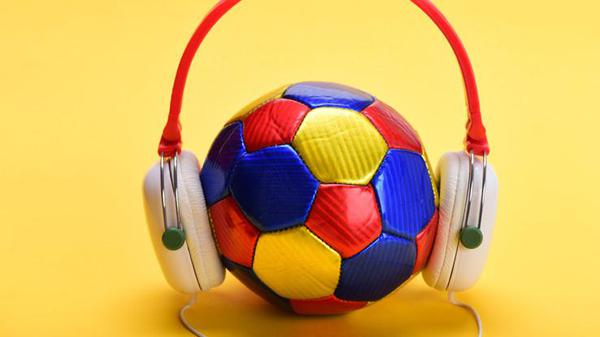 Sport and music don’t always mix. Sure, everyone loves an ’80s training montage or a stirring rendition of the Champions League theme, but songs that are actually about sport aren’t particularly common. Maybe it’s because most musicians spent their formative years trying to learn the solo to Enter Sandman rather than engaging in outdoor activities… 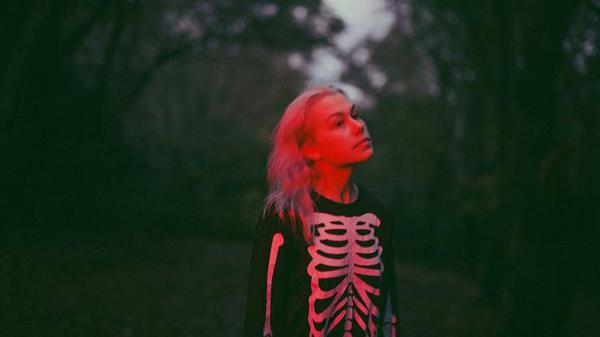 10 albums you need to hear in June

June arrives with a bang. You’d think that starting off with RBCF and RTJ (and other great bands that aren’t acronyms beginning with R) would be too much too soon, but then you’ve got two living legends hot on their heels. And if that wasn’t enough (in what world is that not enough?) you’ve got two of the most exciting female voices in music right behind them. Summer’s here and the music’s fine. Jump on in… 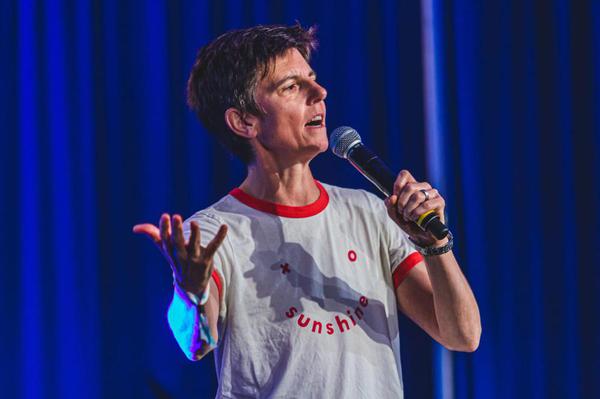 Nine of the most hilarious comedy albums of all time

Comedy albums are a bit of an anomaly. Almost every other way of experiencing comedy includes a visual aspect, even if it’s just one person, a mic and a stool on a bare stage. But when you remove the visuals completely, the focus shifts to one aspect only: sound. For comedy diehards, these nine albums can allow a greater appreciation of how the greats construct a joke, how their pacing and delivery alters at just the right moment. For those who just want to laugh, there’s no shortage of that either… 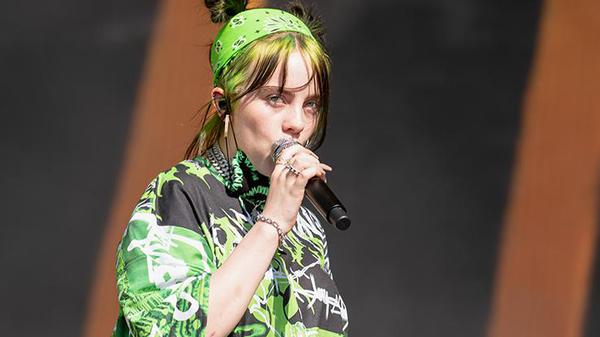 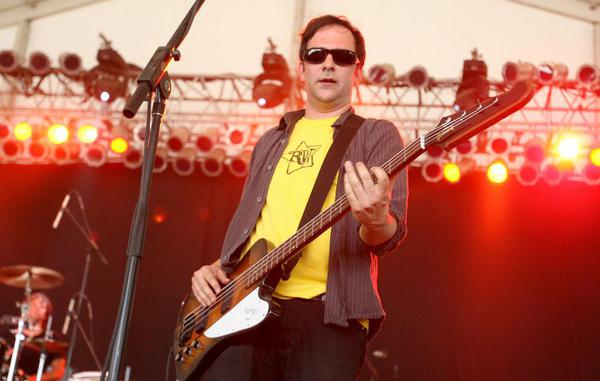 It’s always tragic when a beloved musician dies. But the loss feels even more acute when that musician was responsible for as many sun-kissed and life-affirming melodies as Adam Schlesinger. In the wake of his death from coronavirus, the divinely bittersweet and resilient spirit in songs such as ‘Hey Julie’ and ‘Troubled Times’ takes on a poignancy that is almost too much to bear… 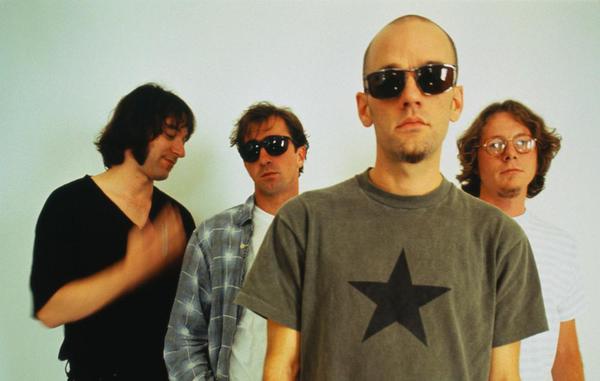 Some bands might take exception to their first two records being regarded as their best. But not all bands kick off with a one-two like ‘Murmur’ and ‘Reckoning’. In truth, the top five records on this list could be rearranged in any given order on any given day and still be objectively correct. R.E.M. were so restless and eclectic from record to record that it’s hard to declare any one record their absolute best… 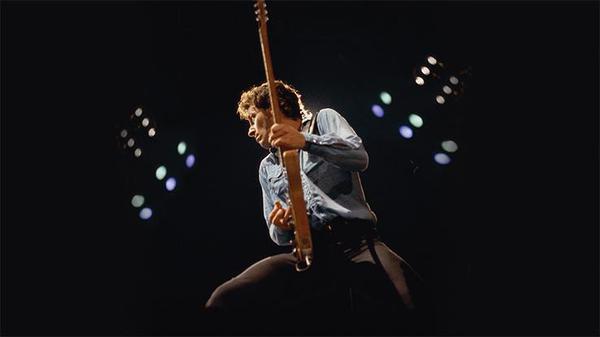 The live experience is hard to replicate. There’s a community and dynamism there that doesn’t always come across on a recording, rendering many examples for diehards only. That’s not always the case though. Every now and again – through sheer force or some kind of alchemy – the magic in the room carries across and survives in a form to be enjoyed over and over again. These are ten such examples… 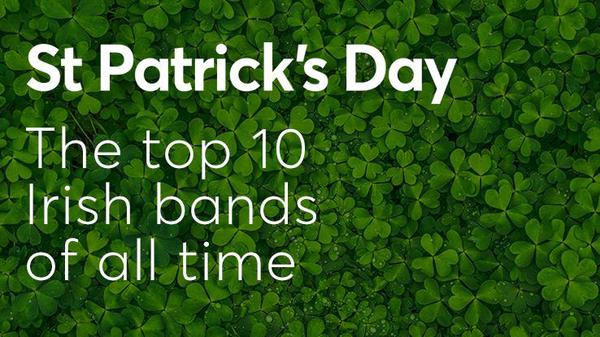 Happy St Patrick’s Day! For this feast day of Ireland’s most famous snake banisher, we’re shunning the giant leprechaun hats and instead treating our ears to a feast of some great Irish music. Ireland is a country that both embraces and challenges its clichés – for every Enya or Clannad, there’s a My Bloody Valentine or Girl Band – and what makes the place so special is how it doesn’t disappoint on either side of that coin. 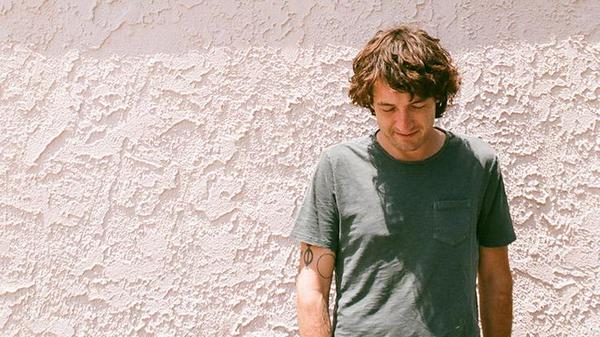 Unassuming is a good word for Mikal Cronin. It covers a lot of the evening’s events at Hackney’s Moth Club, from his unheralded arrival on the tiny, glittering stage to his sporadic utterances between songs. There are no jokes, no rock star moves, no bursts of frontman ego. Instead, Cronin lets his songs do the legwork… 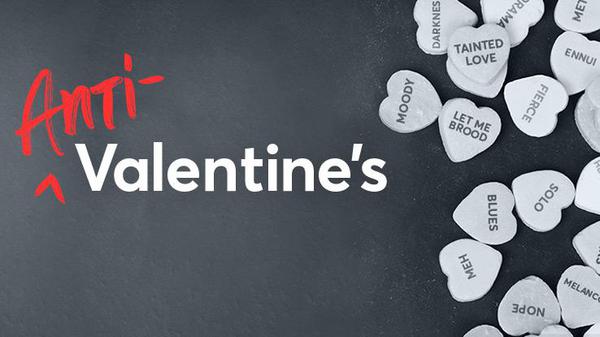 Sick of all these loved-up couples and romantic gestures? This Valentine’s Day, embrace the heartbreak with our ten favourite cynical, broken-hearted, anti-love songs of all time… 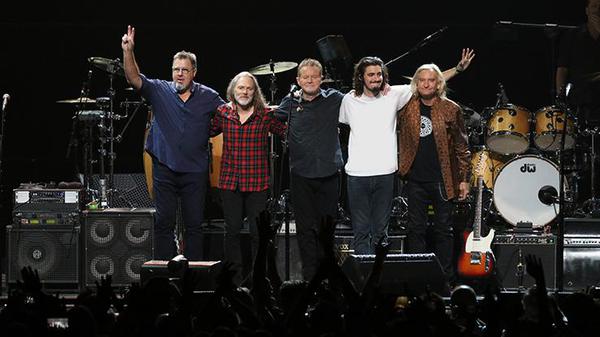 Mark Grassick looks back as the band prepare to take to Wembley Stadium in August 2020. 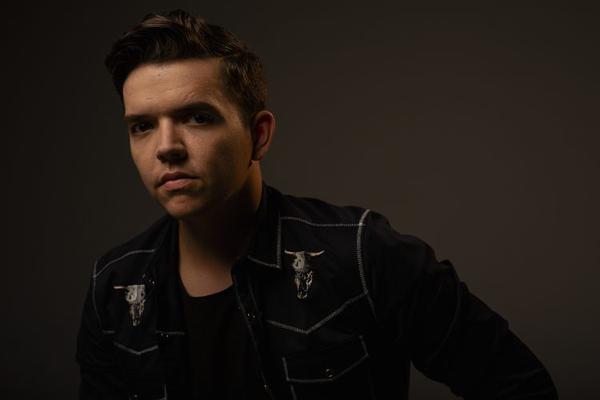 Jason Hawk Harris on Finding Light and Love in the Darkness

From unbridled rockers to wounded laments, the 11 songs that make up Jason Hawk Harris’s debut record contain many demons. The suffocating grief that followed his mother’s death, the substances he abused to numb the pain, the doubts that shook his faith… Harris is not afraid to admit that, at times, those demons have kicked his ass. But when Harris and his band raise the roof, like on the runaway train of ‘I’m Afraid’, it feels like he’s fighting back… and winning. 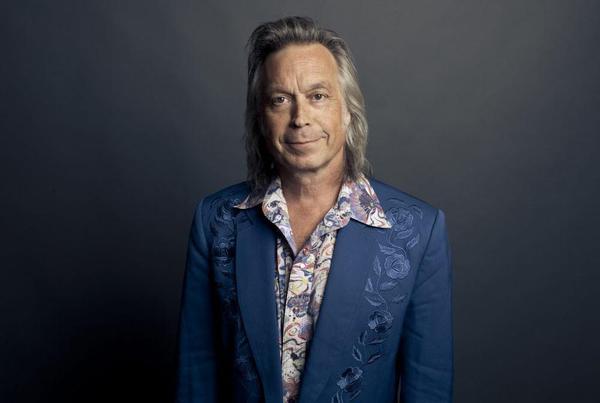 There are many ways to combat stress. Some people jog. Others do yoga. Jim Lauderdale does Tai Chi. And one engaging afternoon on the phone to Jim is enough to suggest it works pretty damn well. The 62-year-old singer-songwriter from Troutman, North Carolina has such a calming presence that his aura should be bottled and sold to burnt out stockbrokers. But Lauderdale is no slowpoke. 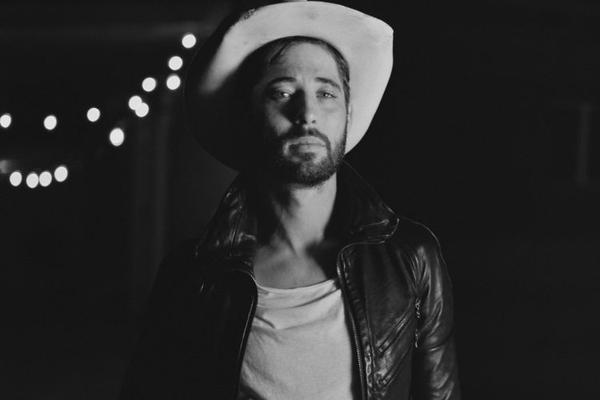 The Ballad of Ryan Bingham

America’s not getting a huge amount of love right now. There’s certainly no long line of wordsmiths waiting for their turn to craft odes to a nation made great again. So, it might seem a strange time for someone like Ryan Bingham to call his new record American Love Song. 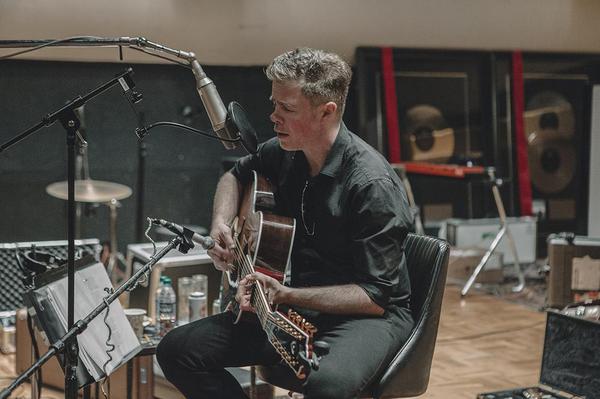 Josh Ritter on Speaking Out and Dressing with Intent

The first time I met Josh Ritter, he was a young man bashfully accepting the effusive praise of a room full of Irish music fans. Forty minutes earlier, few people in that room had even heard his name, but every single one left as a devoted fan, copies of his two self-released albums tucked in their pockets. With every return visit, the venues got bigger, the crowds got louder and Ritter transformed from a man who blushed at each round of applause into a consummate entertainer. By the time his th 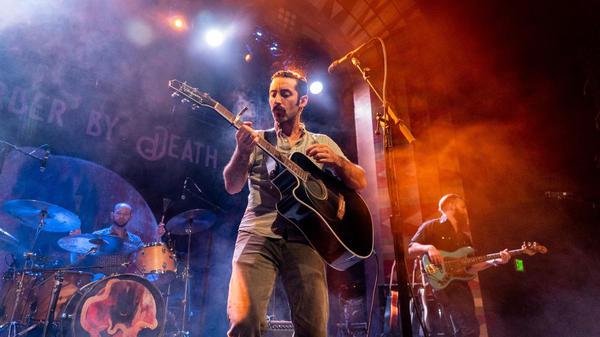 What’s in a name? Cannibal Corpse, Cradle of Filth, Morbid Angel… you don’t need to be a genius to have a guess at what they’re going to sound like. Some might assume a band that would call itself Murder By Death would fit in the same bracket, but the Indiana quintet couldn’t sound more different to the punishing assault of death metal. In fact, for a band that can prove impossible to define, it’s something of a masterstroke to choose a name that completely wrongfoots listeners from the off. You 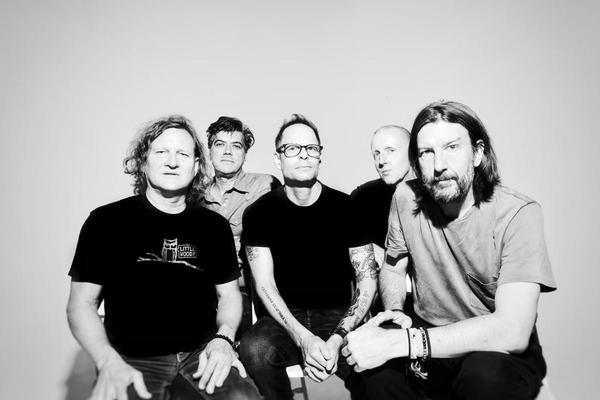 No decade feels special when you’re in it. That’s especially true of the 90s, a decade that felt dated, uncool and unfashionable even when we were knee-deep in undercuts, flannel and Matchbox 20. For those of us who were there first time around, it’s inconceivable that when the fashion and cultural carousel came back around to 1990, it didn’t just carry on to the 00s. But the 90s are back with a bang, bringing with them fashion that you’d tried to forget and a whole host of bands you once though 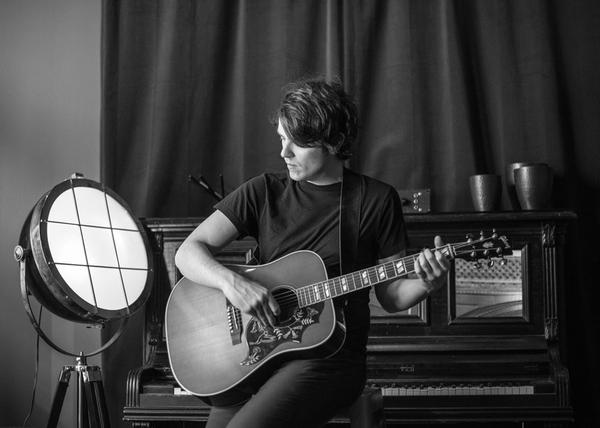 We all have heroes, but not all of us get to co-write a song with them. Trapper Schoepp got to do just that on his latest record, Primetime Illusion, and not with just any old hero. No, Schoepp has co-written a song with none other than Bob Dylan. The young songwriter from Wisconsin has three great rock and roll records under his belt already, but combining with Dylan across the decades to complete a long, lost song seems to have raised his game even further. Schoepp took some time out of a trip… 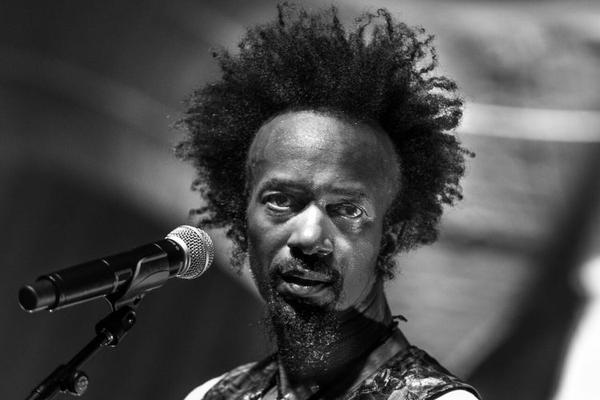 The Rise and Fall and Rise of Fantastic Negrito

Most of us have one story to tell. Xavier Dphrepaulezz has several, any one of which would be more than enough for the rest of us. Whatever he’s been through (crime, near-stardom, near-death), the word that keeps coming back is “survivor”. One of 15 children of a Somali-Caribbean immigrant, Dphrepaulezz has risen and fallen enough times to cause serious motion sickness. His brush with fame came in the 90s, signed as Xavier to Interscope records until a car crash broke both his arms and legs… 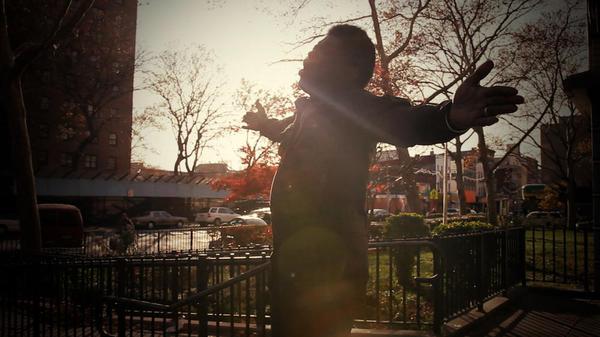 If you only stream one thing this week: Soul Of America

In Alanis Morissette’s ‘Ironic’, a man wins the lottery and dies the next day. Another takes his first ever flight and dies in a plane crash. To Alanis, these situations – while ironically not being ironic – are as shit as it gets, the brief tastes of joy that bring the whole thing crashing down. And while Alanis would no doubt consider soul singer Charles Bradley’s life in keeping with the characters in her song, the whole thing overlooks the value of even the briefest joy and the price…
Load More Articles
Close ✕